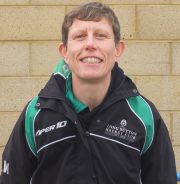 After a hard pre-season Sutton came into this game with optimism on a very hot day. With only 1 sub, we knew that game management would be key. The familiar set up of Lorraine Wallis in goal, Tania White sweeping. Lauren Cooper, Maisie Sullivan and Lisa Baker across the defense, Gemma Parr, Jess Burton, Emmy Gittins and Captain Jo Bland holding the midfield with Connie Gittins and Jemima Dodd the high players. Hannah Baker ready to come on at the first opportunity. The game started at a pace which showed how ready both teams were. Surely there was no way the pace could be maintained for long in the hot midday sun but it did. Sutton attacked down both flanks with pace and skill through Burton and Emmy Gittins and began to cause the BDHC defense concerns. Equally, the Long Sutton defenders were called into action to break down anything which came near them. The stalemate continued for the opening quarter with no side really gaining the upper hand. BDHC won the first short of the game but Sullivan running out 1 has gained speed in the off season and surprised the forwards with a block before the shot was made. Both sides pressed hard and BDHC found the high press difficult to deal with. The press stopping the usual BDHC triangles from working. The heat was taking its toll and regular substitutions were needed. Both sides were frustrated at times in equal measure throughout the half none more so than when Sutton drove forward into the D. Jo Bland tackled the defender and managed to push home but unfortunately she was adjudged to have pushed the defender and the goal was ruled out. This only made Sutton more determined and certainly made Wallis in the Sutton goal resolute. She was at her stunning best and anything that came her way was dealt with strongly, making clearances and saves without BDHC creating a clear-cut chance. 35minutes were up. Sugar and liquids taken on board, lungs returning to normal and a quick chat regarding shape and the second half began. Again, Sutton dealt with most of Bourne Deepings attacks without too much worry but anything that entered the D found a goalkeeper with an agenda. The nearest Sutton came to conceding was a ball across the area, deflected by Lisa Baker. The ball was destined for the corner only for Wallis to scramble back and deflect wide. A top class save from a top-class keeper. Another outstanding save saw her falling back and still manage to get a pad high enough to block the ball. At the other end Hannah Baker found herself in space but was closed down just before she could unleash her trademark bullet. The speed of Dodd Gittins and Gittins continually caused problems as both sides searched for an opener. Jess Burton playing further up the pitch than last year was using her pace and skill to great effect. As the sun beat down and the game wore on, the substitutions were becoming increasingly strategic for both sides if only to avoid dehydration. Parr and Bland controlled the game brilliantly even when the opposition tried to bypass them. As legs began to tire, the skills gained in importance but neither side could break the deadlock. Ultimately the game was destined for a goalless draw but both sides pushed right up to the whistle. Both sides will rue missed chances however the defenders and goalkeepers took the spoils in this match. Captain Bland was full of praise for her charges in the post-match team talk. The youth have grown from last year and held their own against a strong BDHC team. Maisie Sullivan tackled with a strength and determination which meant she won the majority of her tackles, Jemima Dodd and Jess Burton showed a turn of pace which, paired with their skill will create a lot of opportunities this season. The twins continue to be crucial players and are maturing impressively. Hannah Baker worked hard making timely runs and creating space and chances which will give the team an extra dimension in the coming weeks. This coupled with the experience of the returning Lisa Baker, Cooper, Bland, Parr, White and Wallis gives the side a good balance. Speed, strength and skill will hopefully prove a winning combination in the coming months in a re-jigged league with new teams and new challenges.