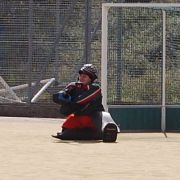 Long Sutton welcomed Pelicans to the Astroturf in the hope that they could gain their first points of the season. Sutton started well and after 3 minutes took the lead with an excellent deflected finish from Alex Canham following great work from Tom Burton, Nick Ellis and Dan Batten. Pelicans pushed back and found an equaliser after Sutton failed to clear a counter attack. The half continued at a good pace with some excellent hockey being played and it was no surprise when after good work in midfield Sutton retook the lead through a clinical Josh Baker finish. Sutton held the lead and could have added to it as the half continued but just before half time were caught out by Pelicans who scored to level it at half time 2-2. Confident they could build on the first half, Sutton started the second half well but so did Pelicans as they raised their game and with some excellent finishing and good pressing managed to overpower the Sutton side. Whilst the young Sutton team worked hard, with Jacob Synott and Will Taylor particularly putting in good performances they ended up on the wrong side of a 6-2 scoreline. Much to work on next week.