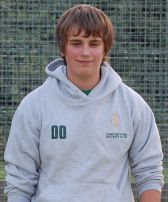 Sutton travelled away to Dereham for a must win bottom of the table clash. A travelling squad of 13 minus captain Stef Fox was met by a bare 11 home side who had experience on their side. Sutton started well and had a couple of chances that should have been converted which would sadly come back to haunt the away side before the end of the afternoon. The portends of doom began in the 11th minute when a gentlemen's excuse me that would not have looked out of place on the Strictly dance floor resulted in a simple tap in for the Dereham striker. As is often the case Sutton showed good spirit and with the Synott brothers, Harry and Jacob linking well and good running from Will White and debutant James Collingwood Smith Sutton started to exert pressure. Batten was to the fore in midfield and finally just before half time Josh Baker converted a short well to level the score. 1-1 at half time. Sutton regrouped at half time and planned for the second half, though it is unlikely that the plan included conceding almost straight away from the pushback! Sutton were on the ropes and when on 43 minutes a long aerial eluded Baguley's stick the Dereham forward slipped the ball past Whitmore in goal, who despite a number of excellent saves during the match had no chance. Man of the match Oldfield tried in vain to stop the ball crossing the line but only succeeded in colliding with the goal in a sequence of events You've Been Framed would have paid £50 for! Sutton tried to fight back however against the wily experienced heads of Dereham the game was gone and the match petered out to a 3-1 defeat. Good play in parts from a number of players but ultimately no consistency and indeed no reward. You see the thing about must win games is in the title, hopefully the team will learn this as they realise that every day is a school day because if they don't they are in serious danger of being sent down a year!