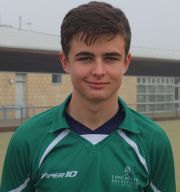 Sutton travelled to high flying Pelicans with hopes of earning some more points and with a good spirit. The game started well and Sutton took the game to Pelicans and could have scored at least two goals in the opening 10 minutes; those that watch this team regularly realise that this would probably play out to a familiar plot line! So it was again as Pelicans broke well and finished well to give them the lead. Sutton did not drop though and after some good work from Burton on the right Baker finished well to level the scores, both sides had chances to take the lead before half time and it was Pelicans who eventually did to make the score 2-1 at half time. The second half started in a familiar vein to recent games and despite some good work from Man of the Match Harry Synott at the back the deficit grew to 5-1. Sutton stemmed the flow but the damage was done and Pelicans continued their march towards promotion as Sutton continued their slide towards relegation