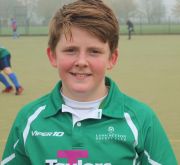 Sutton welcomed Dereham to the Peele Astro on Saturday in what was a battle of two basement teams. Dereham arrived with 10 men and unsurprisingly were put under pressure right from the start. Sutton were not at their best but their quality was still too much for Dereham; with Alex Canham opening the scoring with a deflected finish after good work from Ed White and then Josh Baker finishing with his customary aplomb to make it 2-0. Half time came and the usual team talk followed with a number of different opinions being heard but all agreeing that there were goals to be scored against the spirited Dereham side. The second half started and in true Sutton fashion instead of adding to the lead they conceded a goal! Sutton since Christmas have been a different prospect though and the current group of players are focused on finishing the season with pride before the club has a reset in the summer; therefore it was no surprise when Baker added his second goal to restore the two goal cushion. Sutton eased towards the end of the game with Dom Ibrahim and Tom Burton the pick of the Sutton team on the day. Sutton were not finished scoring with both Will Taylor and James Collingwood Smith finishing well to make the final score 5-1………………a stunning scoreline if not a stunning performance! Final mention should go to Matt Bragington for doubling up in goal on the day for the club and for putting in two good performances!