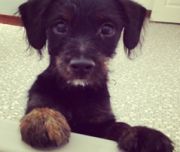 The rare occasion where both teams were at home by default found Sutton facing march a team sitting 1 place and 3 points above long Sutton before play. The team knew a strong team performance was needed to get anything from the game. However, a shaky warm up and starting 10 minutes soon found them 1-0 down after a swift march counterattack. Not deterred, nerves eased and just 2 minutes from going behind a sublime run from josh Fyson passed across goal for brad Sargent to smash past the keeper. Great defence from Dom Ibrahim Jimmy Harrison and Josh Ripley kept march at bay even having 4 up front. long Sutton could take full advantage of open play in the middle of the park Then as the half came to its end long Sutton took full advantage of the open play and a luke Jackson pass across for a first time strike from Fraser watt flew past the march keeper. The second half followed in the same vein attacking into space and again was manipulated as luke Jackson also bagged his goal of the game from close range then luke proctor adding with a reverse stick strike from top d into the top left corner. With ten to play Sutton fell into a half court press and allowed march into the game 2 quick goals put the points into doubt for the Sutton side but shear grit and hard work meant that Sutton would hold on. The win would mean that Sutton takes joint on points with 3rd just loosing out on goal difference. Next week the team will face unbeaten second placed city of Peterborough. Mom luke Jackson for constant hard work both in attack and defence including a short stint at centre back when down to 10 men