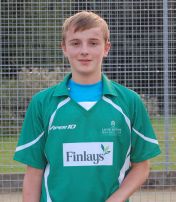 The 4th's travelled to Bourne looking for their first win of the season, they started brightly with some good wing play on both flanks from Bragington and Synnott and it wasn't long before they opened the scoring, Goodley found Smith in the D ,who's clever pass was converted by Bragington for a deserved lead. Sutton continued to play good hockey and had several chances to double their lead, Goodley, Smith and Bragington all going close,HT 0-1. Bourne came out in the second half playing good hockey determined to get something from the game but Sutton's defense stood firm, Munson , Milnes and Forrest limiting the home side to just two shots throughout the game.Sutton were starting to play counter attacking hockey , Proctor chasing down everything and almost increased the lead, Lambert went close after a great move started from a great interception from MOTM Shooter.In a entertaining game between two evenly matched teams this was a great result for the young side and should give them confidence going into the next fixture.