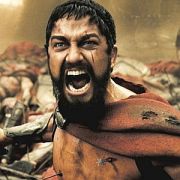 Another defeat for Sutton's development side who are struggling to convert effort and talent into goals and league points. The scoreline did not do justice to the efforts of Kieran Forrest, Jacob Synnott and Ed Munson in the home side's defence. Fate was particularly unkind to ‘keeper Tyler Hagan who put in another stellar performance. Going forward, Sutton were a bit toothless, which encouraged the visitor's defenders to push forward and made the going even harder. Ian White's second half goal after a good period of pressure was no less than the team deserved.